In this story, Dylan had been helping his dad collect firewood and was feeling very cold. Dylan and his Dad came up with different ways to help Dylan get warm.

We shared other ways that we use to get warm: blankets, slippers, soup, baths, and cuddles. We worked together to make a list of words that described temperature in English and Te Reo Māori. We sang the waiata ‘Ma is White’ because it has a verse about temperatures.  Then we placed the words on a temperature chart that showed how they were ordered from “freezing” to “boiling” 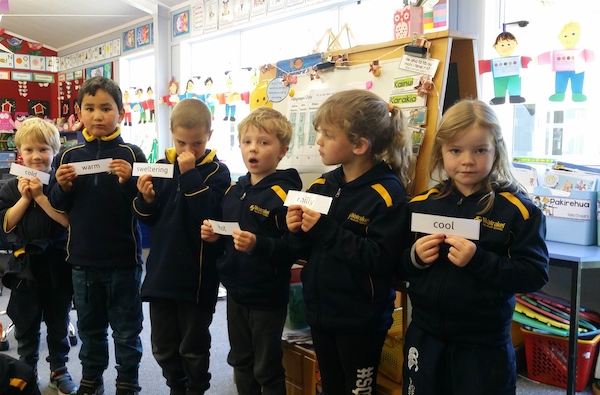 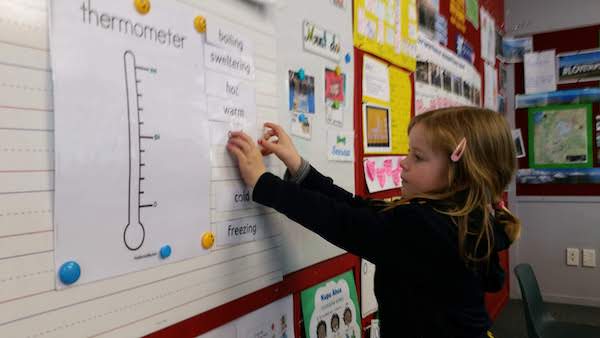 Dylan had a hot chocolate to help him warm up but it didn’t have marshmallows in it. As a mathematics activity we made up some number stories using addition, subtraction, and marshmallows. We recorded these using number sentences.

Dylan had six marshmallows. He drank five so he had one left. Skye

Dylan had six marshmallows and he drank three. He had three left. Jack 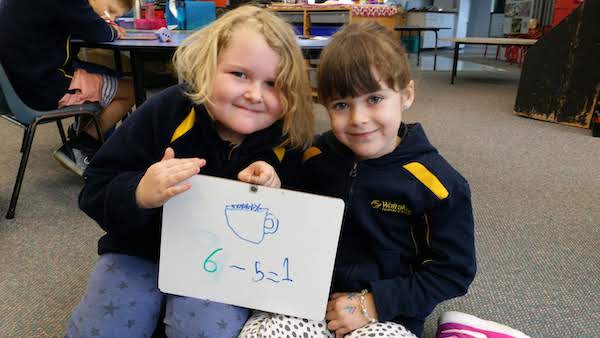 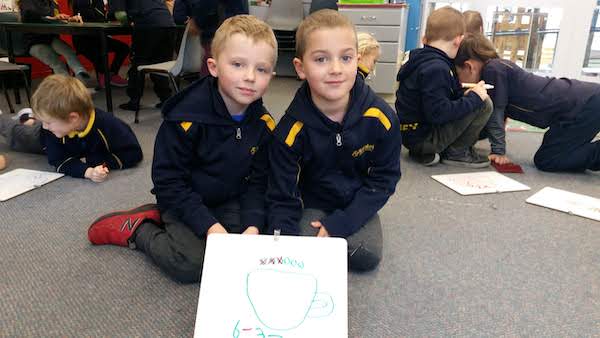 Dad and Dylan carried the wood from the woodpile to the house. Investigating how objects can be moved is part of our inquiry topic - From Here to There. Children came up with different ways to transport the wood ranging from a wheelbarrow to a catapult. Mrs Jackson checked her approximation of the word catapult (catapolt didn’t look right) on ‘Google’.

I would catapult the wood from the woodpile to the chimney. Then it would go from the chimney into the fire and you wouldn’t have to carry anything. Casey

I would fly a helicopter. I would fly down and put the wood on the landing skids. Then I would fly the wood to the house and then fly back and get some more. By Isa

I would have a helicopter. There is a net on the bottom and it has two logs in it. I would park it safely by the house. The wood can be unloaded with my hands. Jack

The children were given a grid with the woodpile, house and different obstacles. They were asked to get the wheelbarrow from the woodpile to the house using simple directions: forwards, backwards, left, right and stop. Arrows were used to show the path they took. The children enjoyed looking at the different routes that were taken by their classmates. Mrs Jackson then gave them the challenge of finding the shortest route. No problems. More problematic was when Mrs Jackson gave them instructions verbally to follow. Was it her instructions or the interpretation of them that caused crashes into the tree, and going past the house for some? The children took turns giving instructions and carrying them out with varying results but lots of discussion about what went right or wrong. We had lots of fun using Digital Technologies. 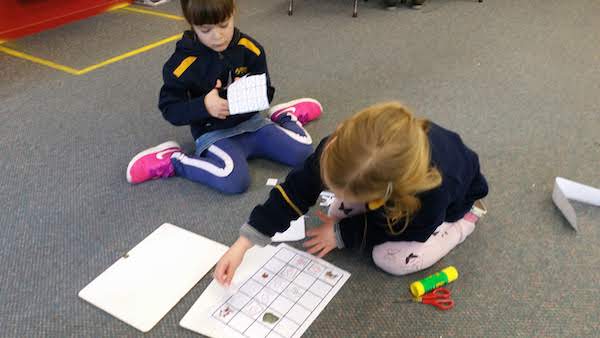 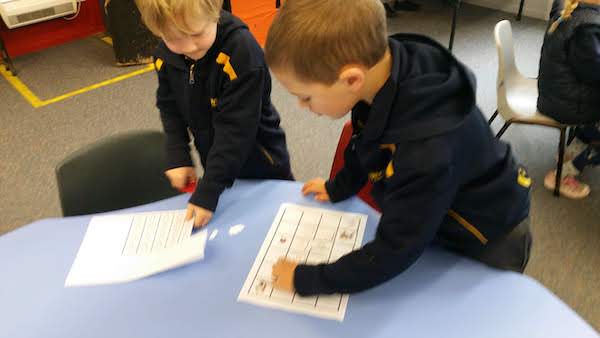 Attributed to: Freezing by Maria Hansen