Kapa Haka is the name for Māori performing arts, kapa means to form a line, and haka is to dance. It is a powerful combination of song, dance and chanting. 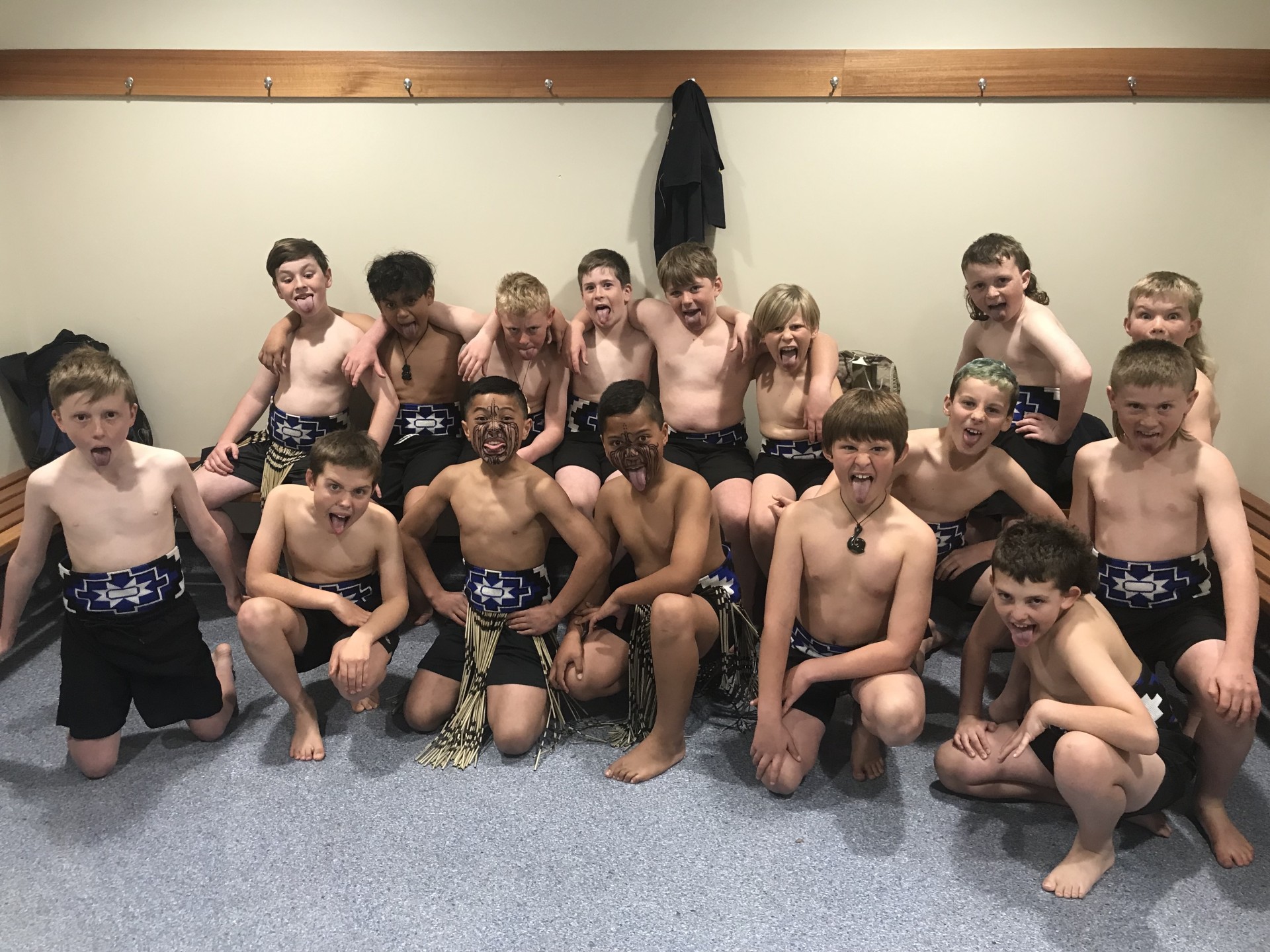 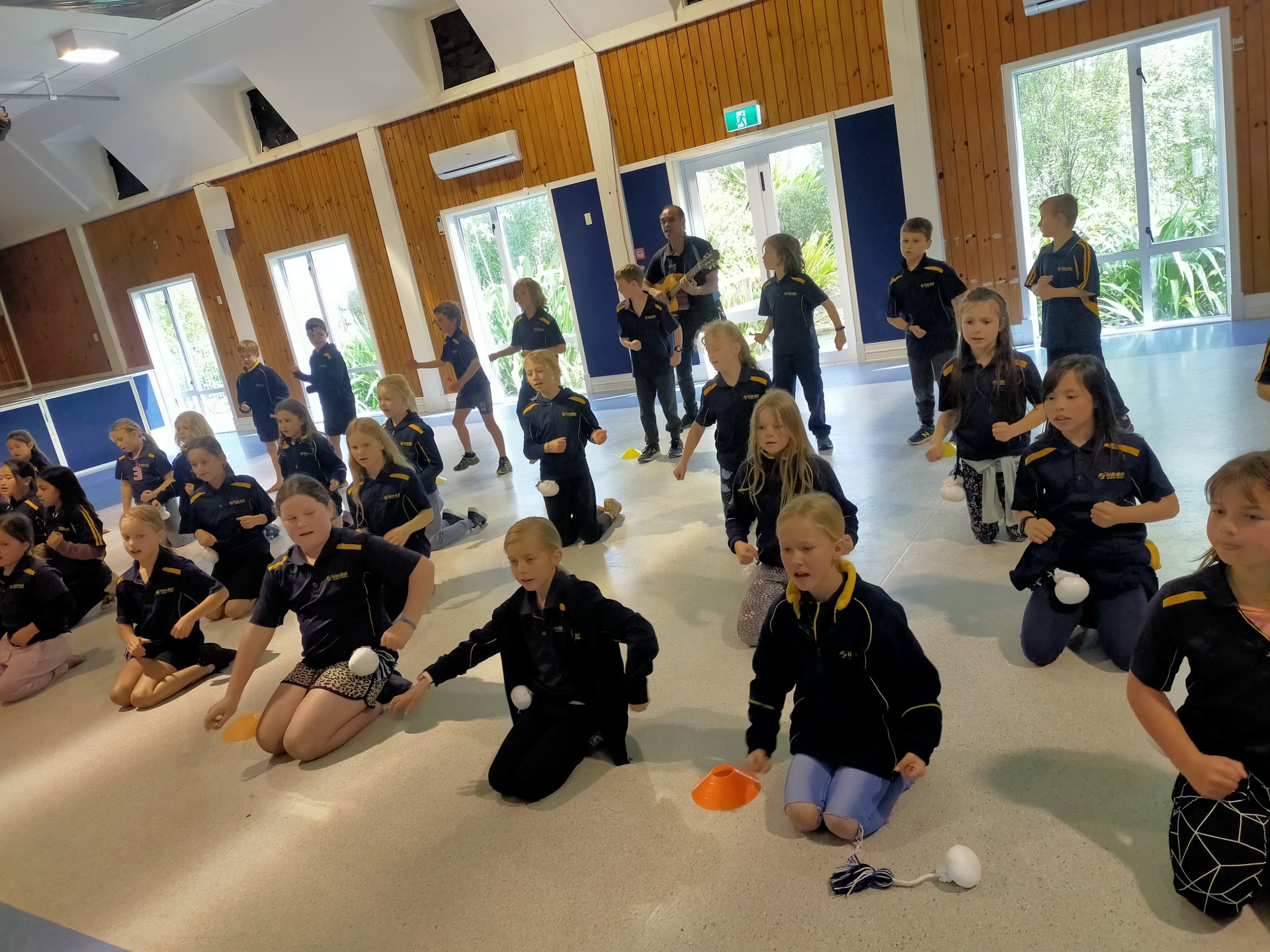 The senior school attended the annual Tūwharetoa Taiopenga festival. The nerves were high as we were getting ready at school. Between parents doing hair, teachers placing feathers in their hair, and the boys getting ready, there was excitement and an energy brewing. When students were waiting for the bus, you could hear the pride that they felt in being performance ready after a lot of hard work.

The bus ride there was filled with the voices of our students getting one last practice in before they performed. Smiles were all around. We waited in the changing rooms for our chance to go on stage. There was a buzz as we heard Marotiri arriving; this meant it was almost our time to go on. We were guided to make our way to the back of the stage in our lines, ready for our performance. Then suddenly, it was show time. Our seniors got on stage and gave it their all. As the audience, we were so proud to see all their efforts come to fruition at that moment. Other members of the audience responded to the performance by sharing a waiata tira to show their appreciation. 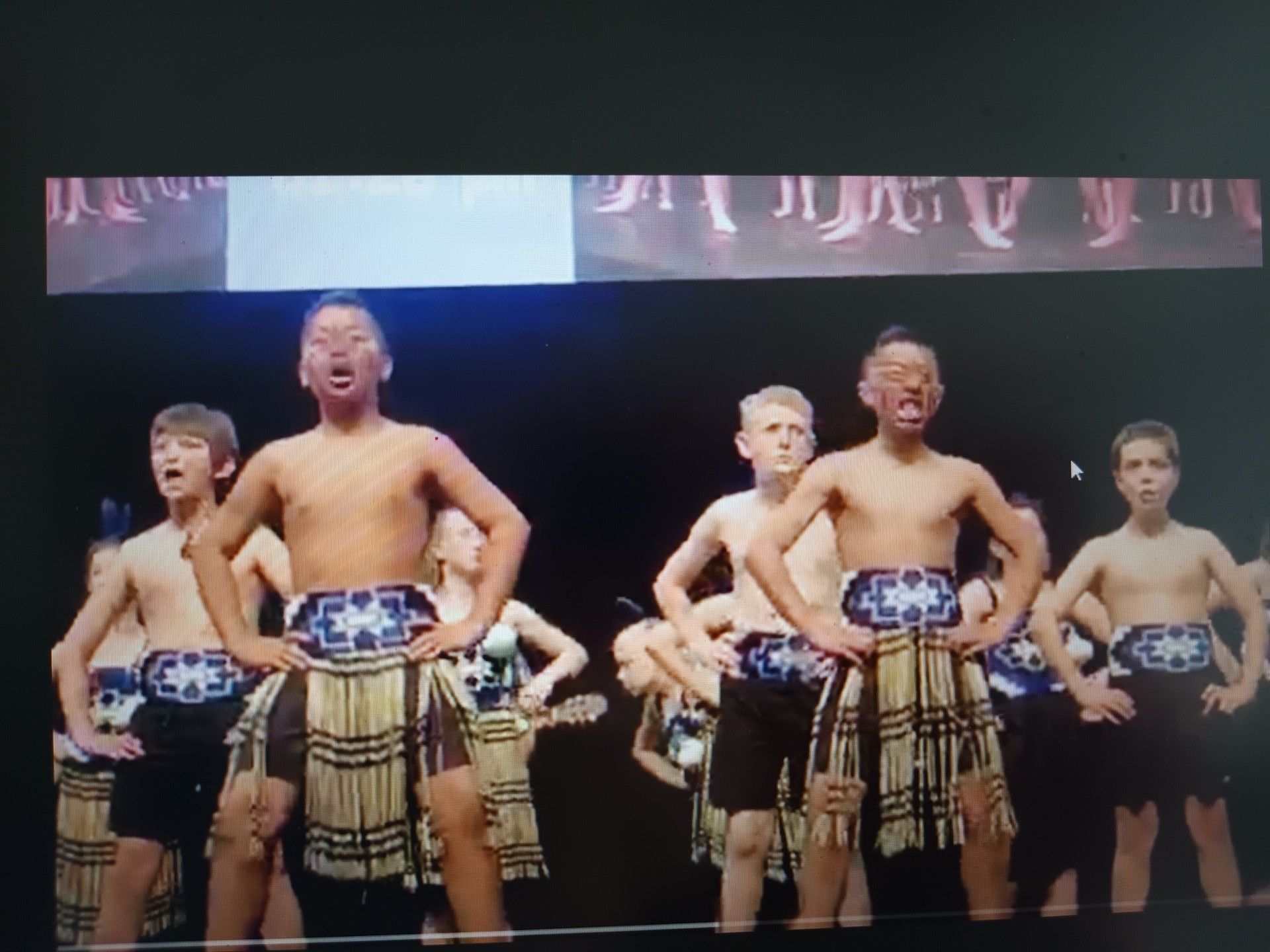 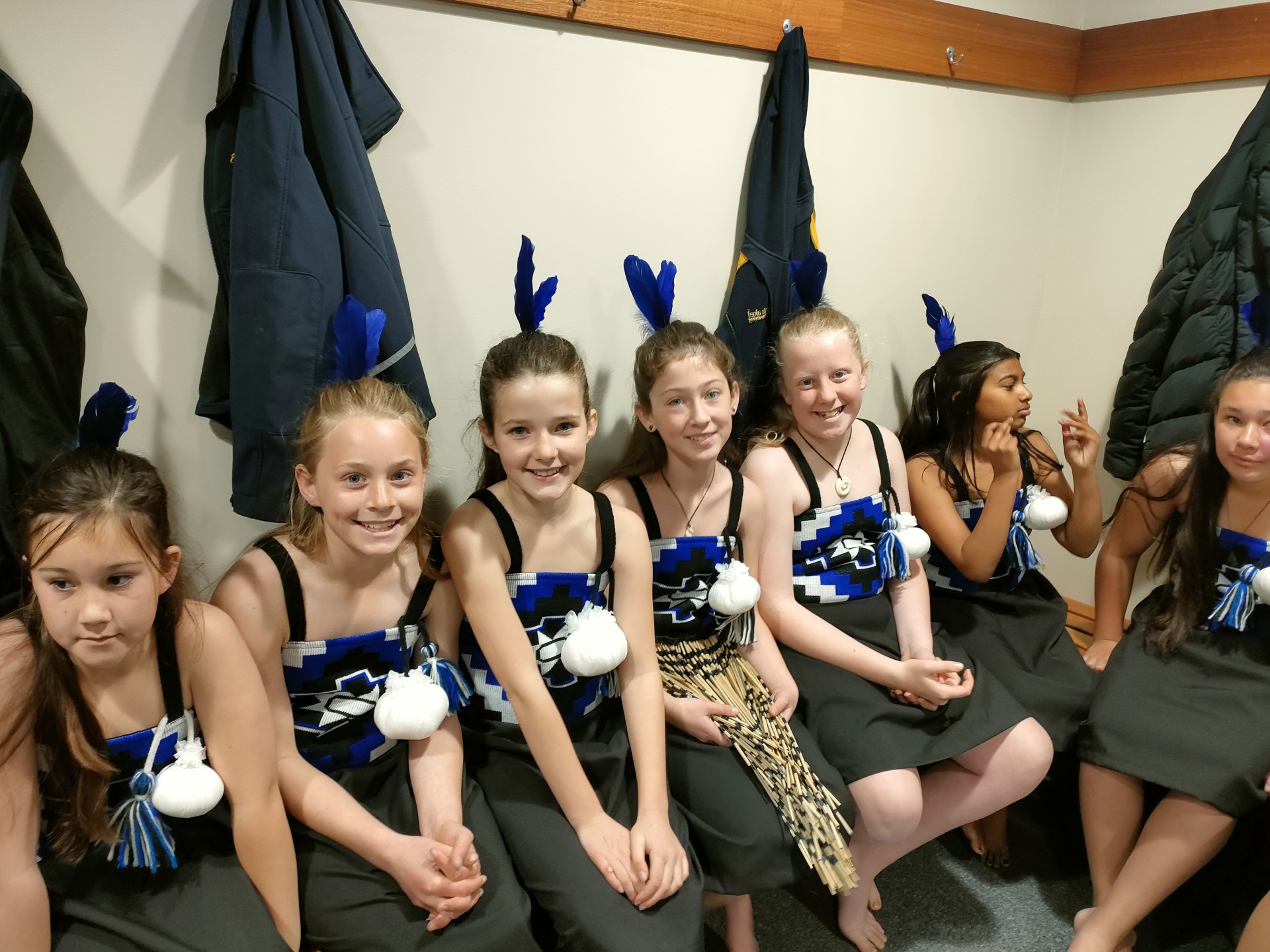 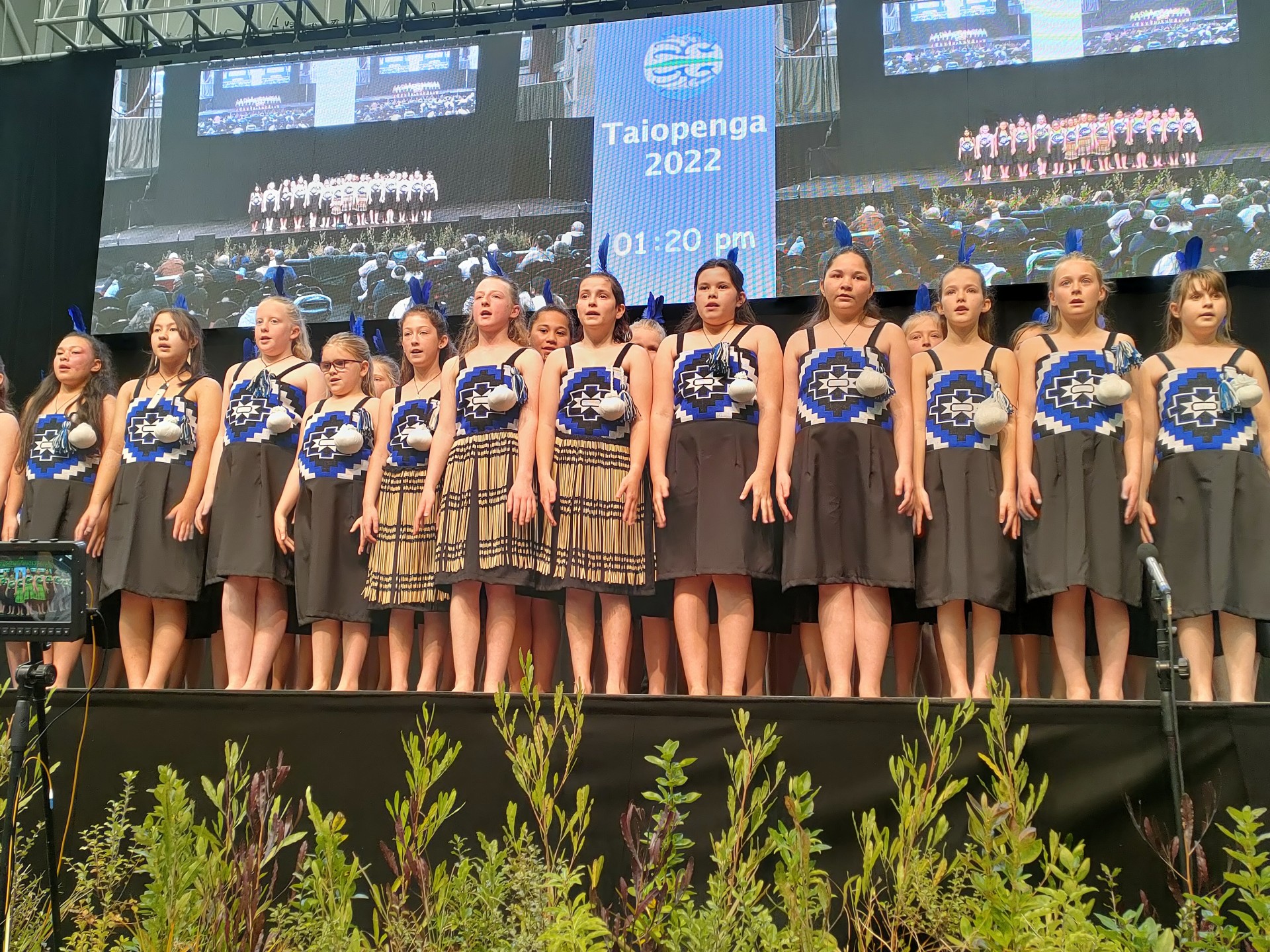 The nerves were high and the energy was flowing for our middle school kapa haka students. For some this was their first ever time stepping up on stage to perform in front of an audience. Let alone perform at the Taiopenga festival in front of hundreds.

Lots of time and effort had gone into getting us prepared for the festival.  The amount of commitment put in by all the students giving up break times to practice truly did pay off.

We were thankful for all the parent support to help get dressed on the day and control the excitement. There were beaming faces as they finally put on the uniform. The girls got their hair done and the icing on the cake was putting the beautiful feather into their hair. Thank you to all the parents who became hairdressers that day.

The bus ride was where they all got their final practice in and the nerves began to fly high again. The time had come to finally put all our hard work on display. Our middle school performance was faultless. Everyone came together and supported each other. It was a beautiful sight seeing and hearing the students sing their hearts out with so much pride representing Wairakei Primary School. We may have had a small group of boys but they make up for it with their voices, strong actions, and pure joy to be there.

Our middle school did such an amazing job that they won the hearts of some ladies. They requested our group go to the Golden Girls lunch as a guest performance. Our kapa haka group really did light up the room for these ladies.

It was such an honour to be a part of this special and rewarding journey. 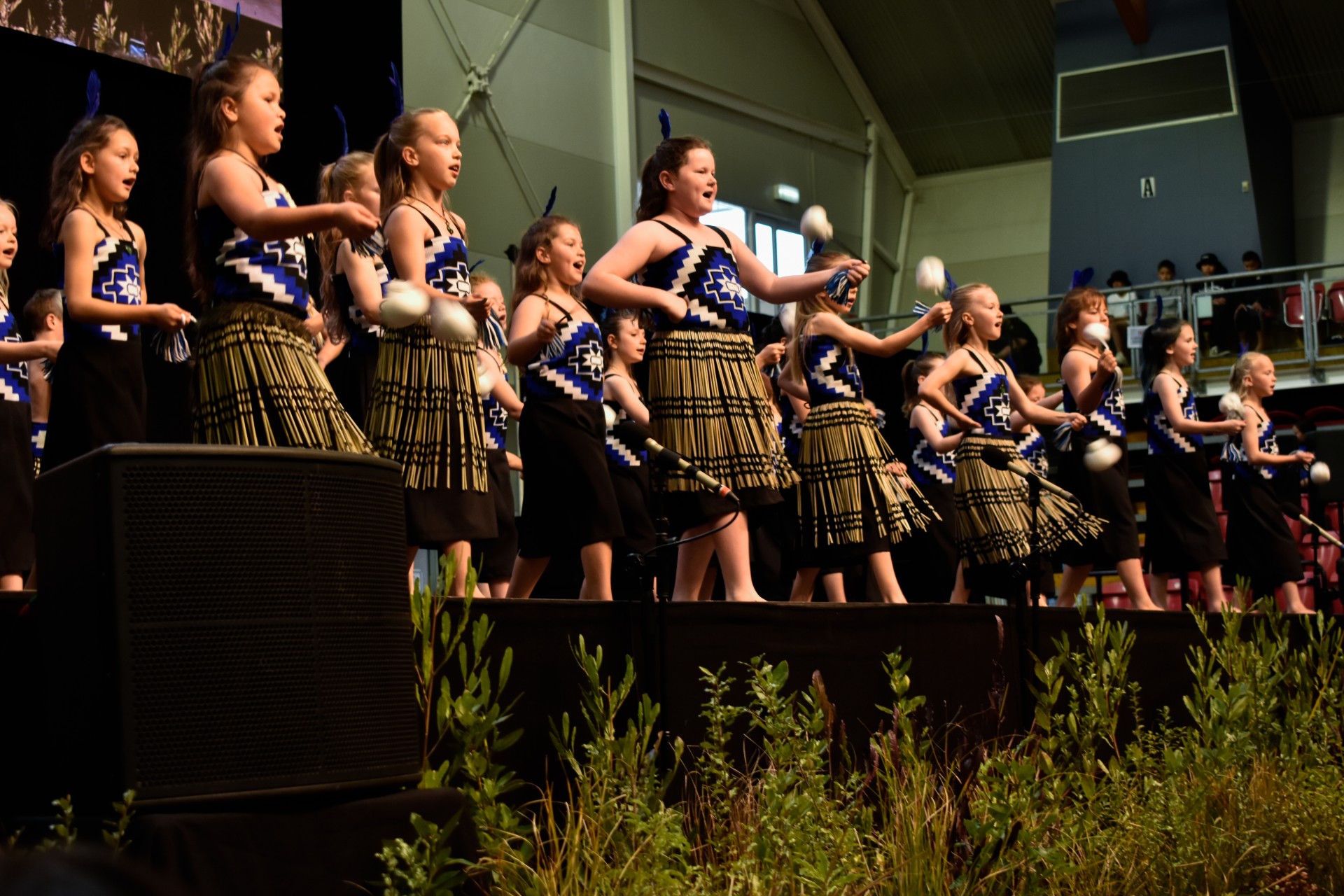 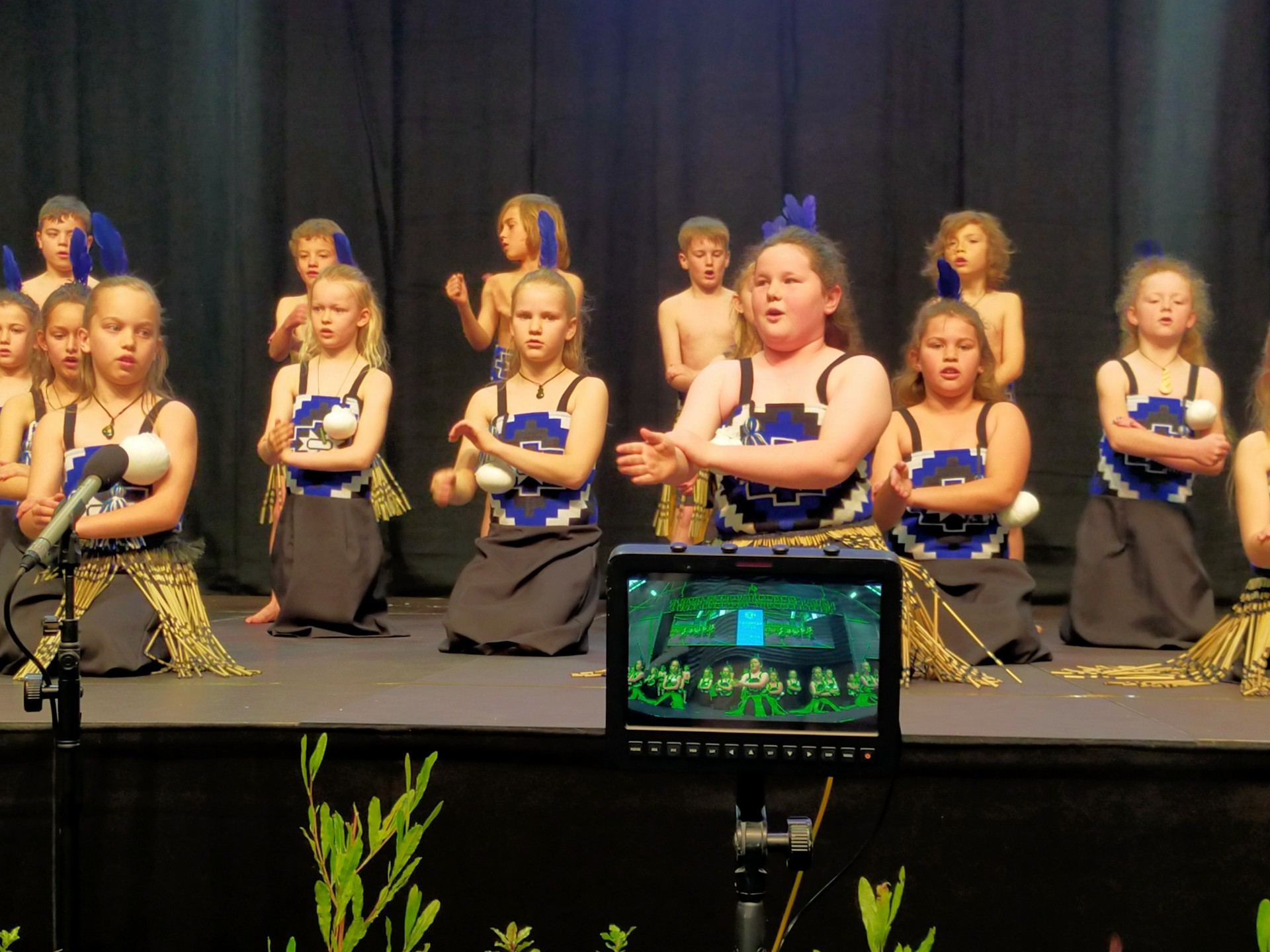 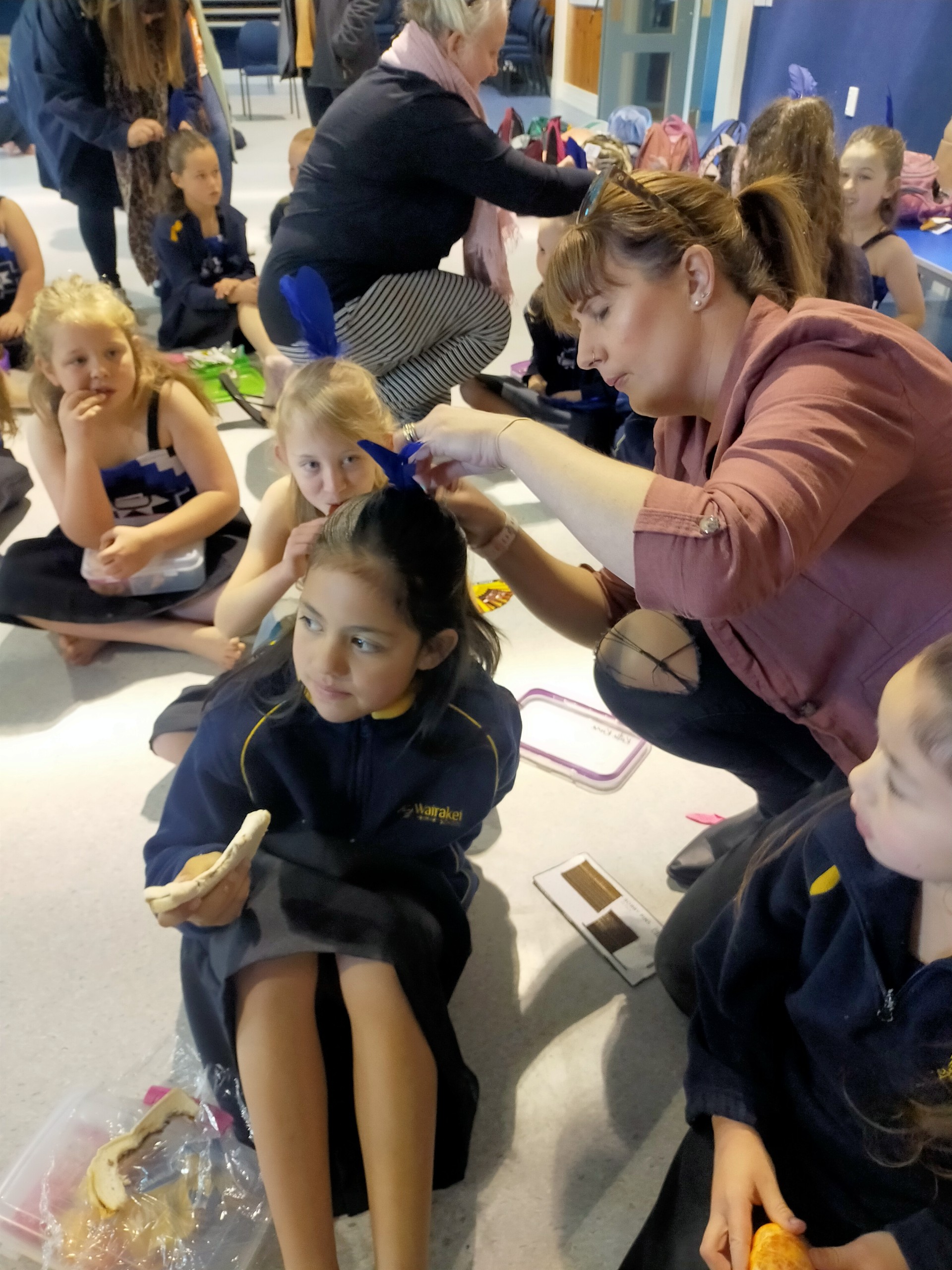 Live streaming made it possible for people not able to attend the performance to see our Kapa Haka groups in action. It can also be an incentive for non performing students to have a go. 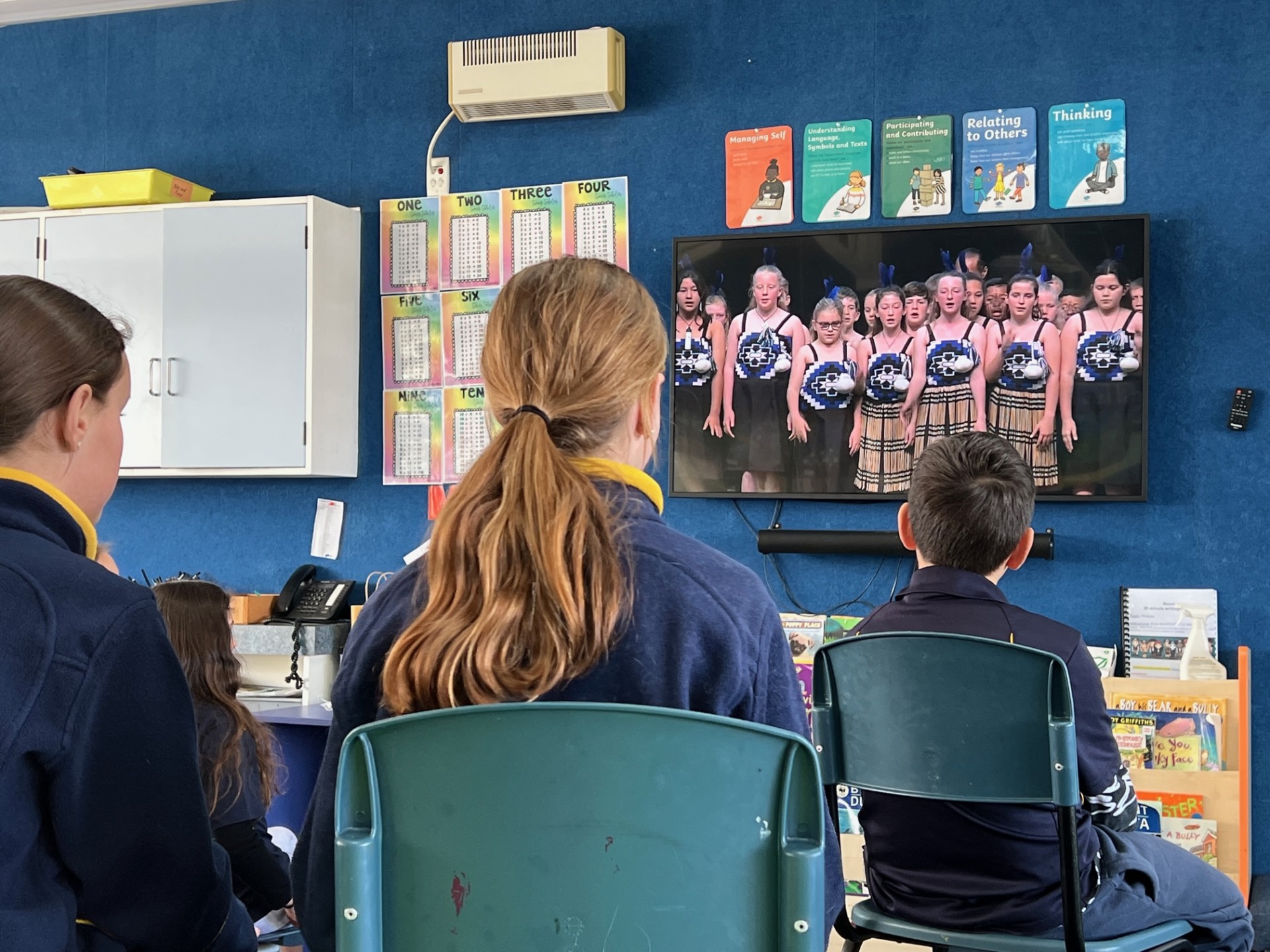 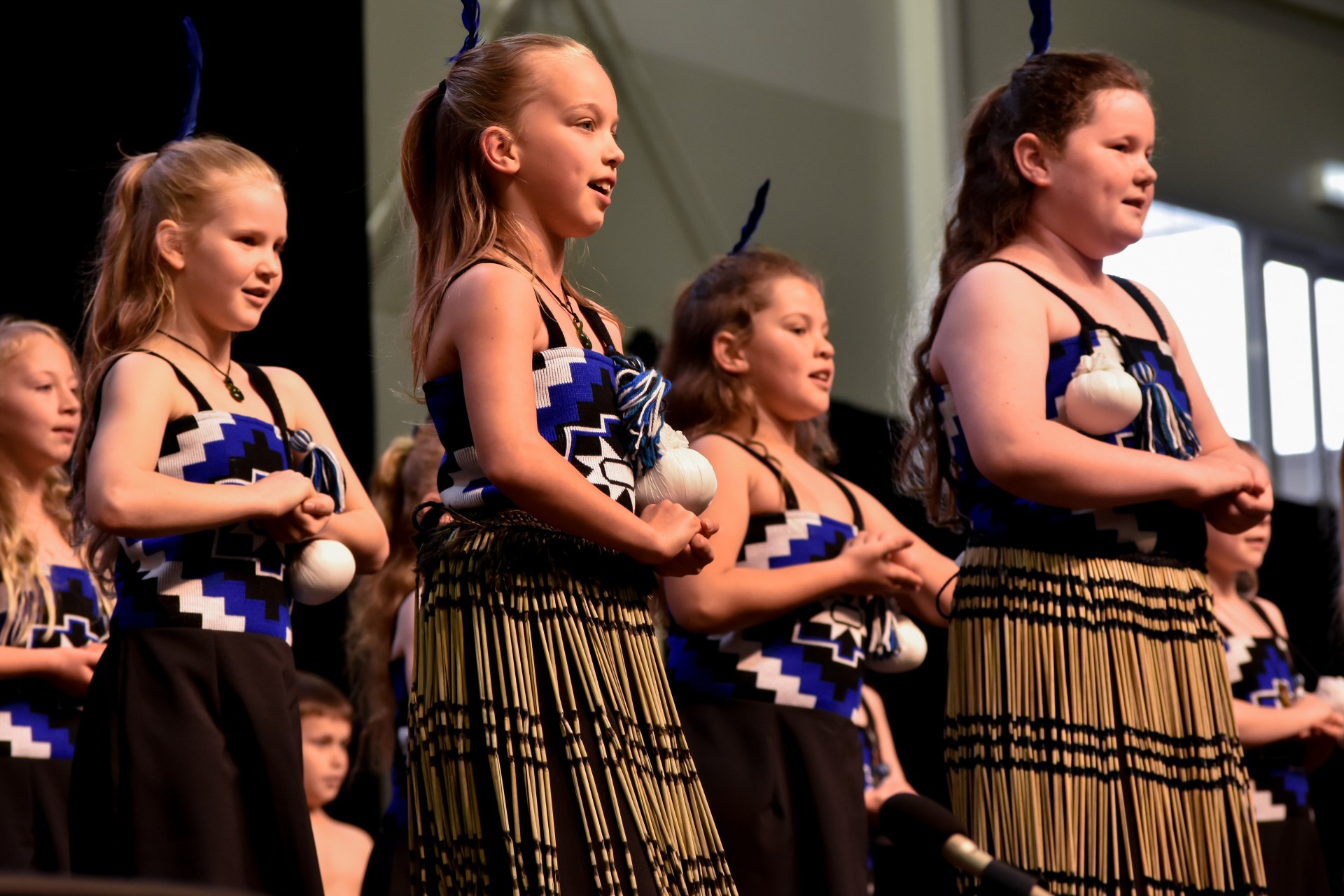