Room 15 used a ‘real life wondering’ they had about their drink bottles to compare and order objects by height to develop an understanding of tall, taller and tallest.

Their water bottles are often a hot topic as they try to drink more water during the day and support Mrs Griffin’s mission to have an empty bottle by the end of the day.

Dominic said, “My drink bottle is taller than yours, Mrs Griffin.”

Mikayla said, “My water bottle is the tallest.”

Zoey said, “I think my bottle is taller than Eilidh’s bottle.”

Room 15 decided to investigate the drink bottle ‘wondering’ by comparing and ordering. Students placed their bottles on the table and looked at each one carefully. They noticed the bottles had many differences. They were different colours, shapes, and had different lids. After lots of talking, they all agreed that the colour, shape, and type of lid didn’t affect its height. Oliver suggested they only look at the highest point of each bottle to see which one is the tallest. 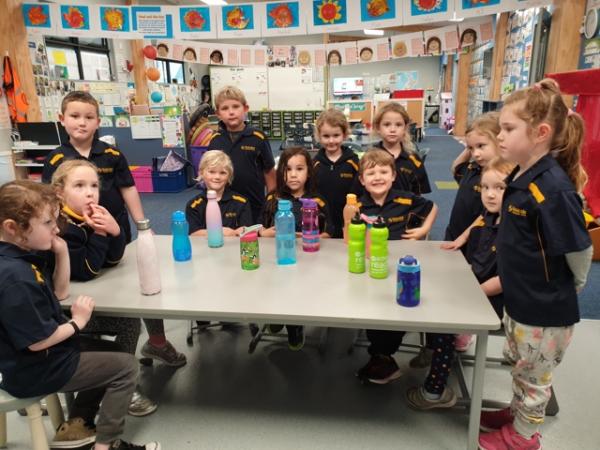 Oliver said, “The lid doesn’t matter. We have to look at the highest part of the bottle.”

Students then placed their bottles on a line. One end of the line would be for the shortest, and the other end for the tallest bottle. Each student placed their own bottle on the line. Oliver said it looked wrong. More students agreed that this didn’t work, and they couldn’t tell which one was the tallest.

Koha said, “I think Oliver is right. It doesn’t show which bottle is the tallest.”

Finally, Mrs. Griffin suggested that students look at two bottles at a time to find which one was taller. The students learnt to stand their bottle next to another bottle and identify which one was taller. Once the tallest bottle was found, they placed it on the line, at the tallest end. Gradually, the students worked their way through all the bottles and placed each one on the line. 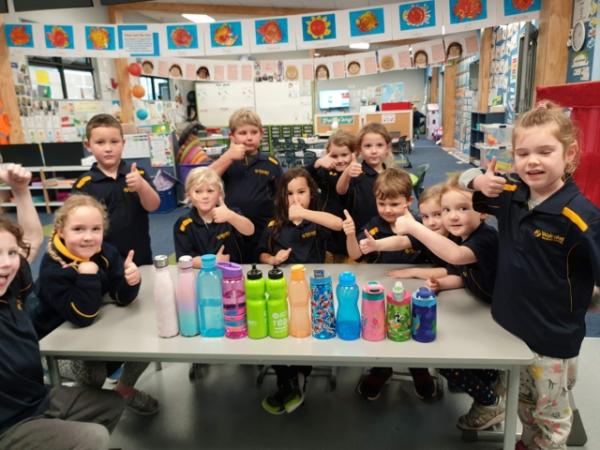 Dominic said, “My water bottle is not the tallest, but it is still taller than Mrs. Griffin’s water bottle.”

This method was very successful. The students worked together to find out which water bottle was the tallest. They learnt to do this systematically and accurately, comparing one bottle at a time. 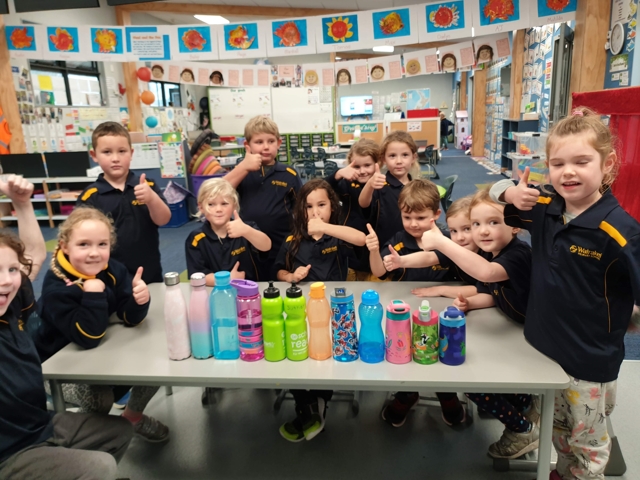